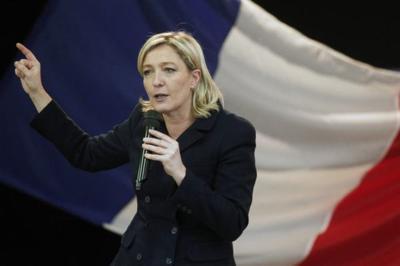 Axar.az reports that in Friday, during her visit to Moscow at the invitation of the Russian State Duma Foreign Affairs Committee, Le Pen said she favored Russia's proper participation in the fight against terrorism.

"We don't want EU to bring us towards a massive collapse against Russia. For us Russia is a privileged partner… In Syria and also in many [other] places [Russian] President [Vladimir] Putin perfectly understands what is the best way to fight Islamic terrorism. For us a coalition with Russia in this way is absolutely necessary," Ferrand said.

Ferrand also said the group supported an alliance between Russia, the United States and EU countries to fight terrorism.

The first round of the presidential election in France is scheduled for April 23. The run-off is expected to take place on May 7.