SBU counterintel operative blown up in his car 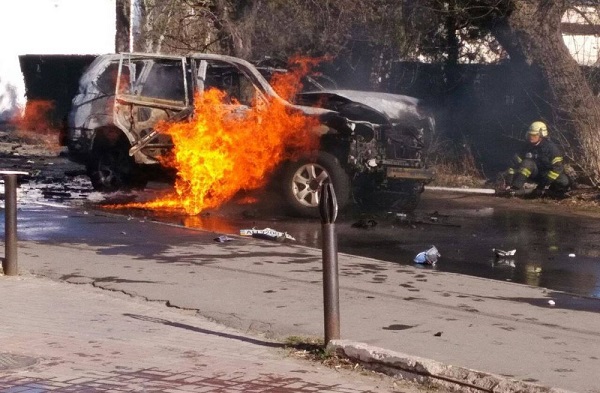 Today, around 08:30, a vehicle exploded in the residential area of Mariupol, killing an operative of the SBU Security Service of Ukraine, Colonel Oleksandr Haraberyush, the security agency’s press service reported.

"The SBU will do everything to identify and punish the perpetrators.

We pay our debts fast," said the SBU chief, Vasyl Hrytsak. According to initial police reports, the victim of the explosion was the car’s driver.

Police deem the incident a terrorist act. Criminal proceedings have been launched.

"One of the versions of the blast is the involvement of an organized sabotage and reconnaissance group of ‘DPR’ terrorists," according to the Donetsk region’s police chief, Vyacheslav Abroskin.

Police forces have been put on higher alert across the area.