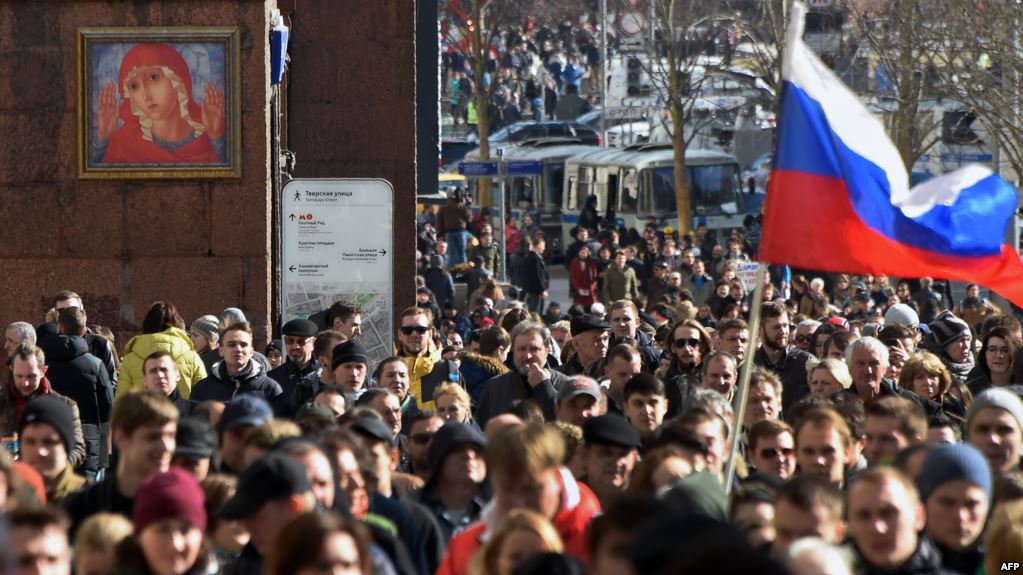 The police detained more than 30 participants in a rally, which organizers called "the opposition’s walk," in central Moscow on Sunday.

Axar.az reports that the police have cleared the pavement and now are leaving the area. Most participants in the rally were detained, and some chose to leave the square on their own.

The people did not shout any calls, only one person was carrying a poster, but could not even unwrap it when the police detained the man. Most of the detained have not resisted the police.