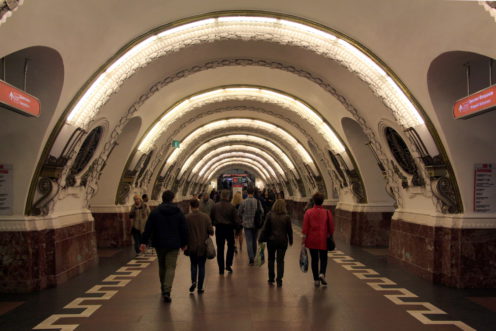 An unexploded bomb was found at the metro station "Ploshchad Rebellion" in St. Petersburg.

Today, on the stretch between metro stations "Institute of Technology" and "Sennaya" detonated an improvised explosive device, it reported 10 dead. Vladimir Putin, who is now in St. Petersburg, reacted the incident. The President said it is considering all versions, including a terrorist attack.