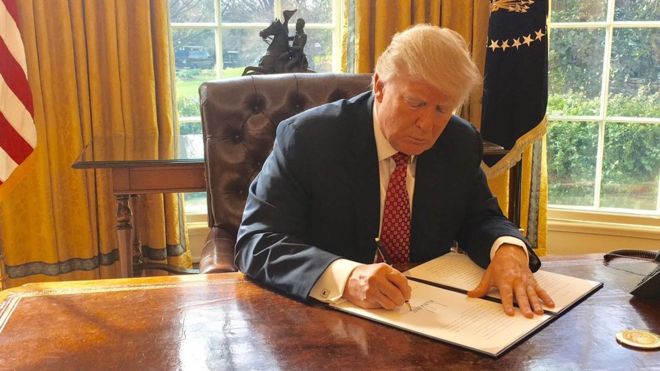 US President Donald Trump's revised travel ban targeting citizens of six Muslim-majority countries does not discriminate on religious grounds and was wrongly suspended by a federal judge, the administration argued in an appeals court.

Axar.az reports that the Justice Department said in the court filings that Watson wrongly relied on Trump’s statements during the presidential campaign to conclude that his executive order was motivated by religious discrimination.

"The Order applies to all nationals of the listed countries, and all refugees from any country, regardless of anyone's religion," the DOJ said.

"To be sure, this Order has been the subject of heated debate. But the precedent set by this case will long transcend this Order, this President, and this constitutional moment," it added.

Trump issued a revised travel ban after his first one sparked international protests and suffered several legal setbacks in courts that deemed it unconstitutional.

The Trump administration is also appealing a separate ruling by a Maryland judge blocking the ban on new visas in a different court.