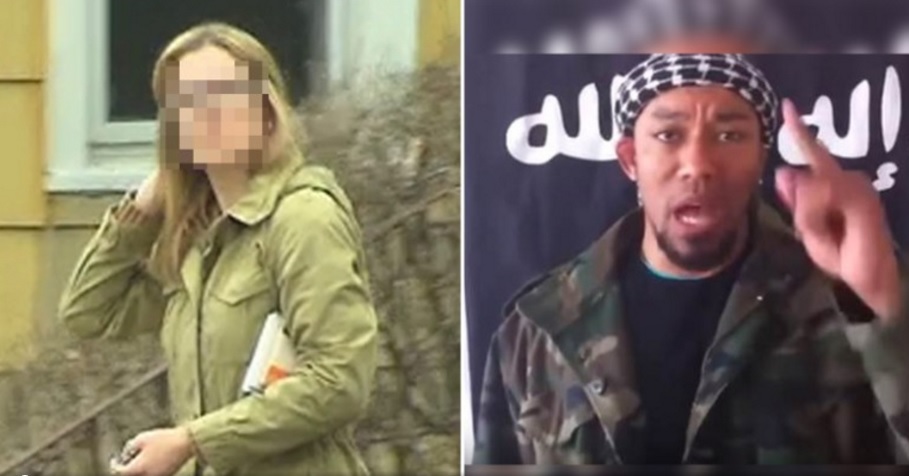 An FBI translator with a top-secret security clearance traveled to Syria in 2014 and married a key ISIS operative she had been assigned to investigate.

The rogue employee, Daniela Greene, lied to the FBI about where she was going and warned her new husband he was under investigation, according to federal court records.

Greene's saga, which has never been publicized, exposes an embarrassing breach of national security at the FBI—an agency that has made its mission rooting out ISIS sympathizers across the country.

It also raises questions about whether Greene received favorable treatment from Justice Department prosecutors who charged her with a relatively minor offense, then asked a judge to give her a reduced sentence in exchange for her cooperation, the details of which remain shrouded in court-ordered secrecy.

The man Greene married was no ordinary terrorist.

He was Denis Cuspert, a German rapper turned ISIS pitchman, whose growing influence as an online recruiter for violent jihadists had put him on the radar of counter-terrorism authorities on two continents.

In Germany, Cuspert went by the rap name Deso Dogg. In Syria, he was known as Abu Talha al-Almani. He praised Osama bin Laden in a song, threatened former President Barack Obama with a throat-cutting gesture and appeared in propaganda videos, including one in which he was holding a freshly severed human head.

Within weeks of marrying Cuspert, Greene, 38, seemed to realize she had made a terrible mistake. She fled back to the US, where she was immediately arrested and agreed to cooperate with authorities. She pleaded guilty to making false statements involving international terrorism and was sentenced to two years in federal prison. She was released last summer.The FBI, in a statement to CNN, said as a result of Greene's case it "took several steps in a variety of areas to identify and reduce security vulnerabilities. The FBI continues to strengthen protective measures in carrying out its vital work."

The FBI did not identify what steps were taken and declined further comment.

"It's a stunning embarrassment for the FBI, no doubt about it," said John Kirby, a former State Department official. He said he suspects Greene's entry into Syria required the approval of top ISIS leaders.

Assistant US Attorney Thomas Gillice said Greene had "violated the public trust, the trust of the officials who granted her security clearance, and the trust of those with whom she worked and, in doing so, endangered our nation's security."

Even though Greene's "conduct skirted a line dangerously close to other more serious charges," the prosecutor argued she should receive a lighter sentence because of her cooperation.

Greene's two-year sentence was less than punishments given other defendants charged with terrorism-related crimes.

A Justice Department official, however, said Greene's sentence was "in line" with similar cases, but declined to cite examples.

After Greene finished cooperating with authorities, prosecutors asked the judge to unseal portions of the court file, including Greene's identity.

"Unsealing these documents will allow appropriate public access to and knowledge of the circumstances of this case," prosecutors stated.

Greene, who now works as a hostess in a hotel lounge, said in a brief interview with CNN that she was fearful of discussing the details of her case.

"If I talk to you my family will be in danger," Greene said. She declined further comment.