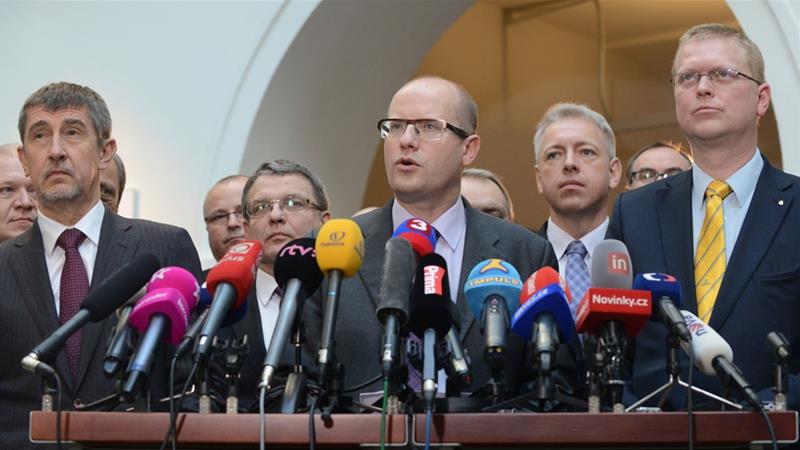 Czech Prime Minister Bohuslav Sobotka has said that his government will resign, in a surprise move amid an escalating row over the business dealings of his finance minister and political rival, Andrej Babis.

Axar.az reports citing to Aljazeera the announcement on Tuesday reflects tensions in the country's ruling coalition six months ahead of a parliamentary election that Sobotka is expected to lose.

Sobotka said there are suspicions that Babis, the country's second richest businessman, avoided paying taxes in the past. The billionaire politician has dismissed any allegations against him as "lies or half-truths".

"I will shortly present my resignation to President Milos Zeman. It is unacceptable for Andrej Babis to stay on as finance minister," he said.

The president plays a key role in a crisis like this one because he has a right to select a new prime minister.