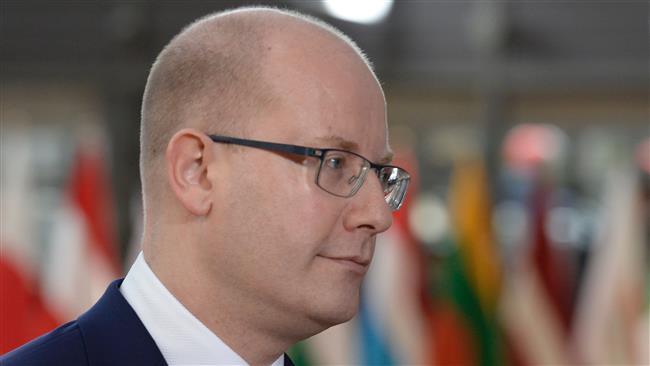 Czech Prime Minister Bohuslav Sobotka will tender his resignation Thursday, the president's office said, a day after the premier announced he was quitting following a high-stakes row with his finance minister.

Axar.az reports citing to PressTV the leftist Sobotka said Tuesday he was standing down after the dispute with billionaire minister Andrej Babis, a popular centrist rival tipped to win elections later this year.

"Prime Minister Bohuslav Sobotka will present his resignation to the president on May 4, 2017 at 1515 (1315 GMT)," Jiri Ovcacek, spokesman for President Milos Zeman, said in a tweet.

Sobotka's resignation, which will bring down his entire cabinet, surprised both politicians and pundits who had rather expected the prime minister to sack Babis.

Head of the centrist ANO party and the second wealthiest Czech national, Babis has found himself under fire over his purchase of tax-free bonds issued by his mammoth Agrofert conglomerate.

Sobotka has cast doubt on the way Babis had raised money to buy the bonds and insisted that as a finance minister fighting tax evasion, Babis should not benefit from tax loopholes.

Babis, the most popular politician in the EU member of 10.6 million people and most likely the winner of the next election scheduled for October 20-21, is due to meet Zeman on Wednesday afternoon.