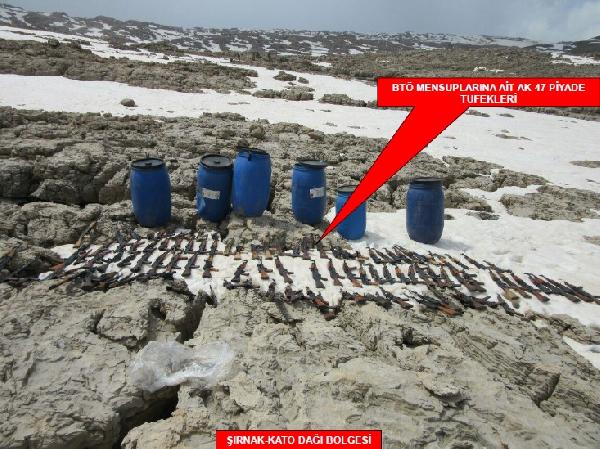 The depot was found in 25 different caves in the Incebel mountains, according to a statement by the TSK that said the military seized the "biggest number of weapon and ammunition of the PKK in one operation”.

Machine guns, rocket launchers, hundreds of grenades, anti aircraft weapons ammunition and hundreds of various rifles were among the stash found in the operation that has been ongoing for nearly three weeks.