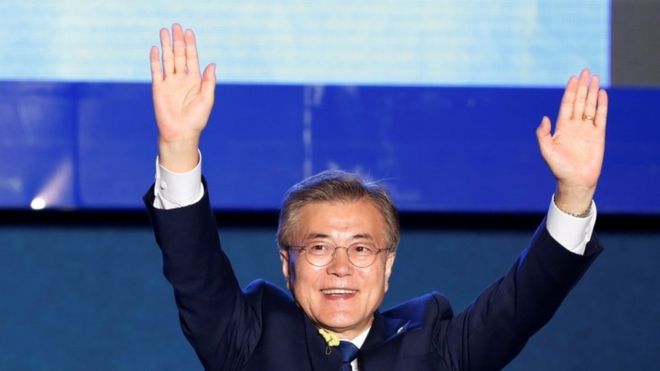 "I will be president for all South Koreans," he told cheering supporters in Gwanghwamun Square in the capital Seoul.

The early election was called after a corruption scandal led to the impeachment of the former president.
Official results have yet to be released.

An exit poll conducted jointly by three network TV stations had put him on course to get 41.4% of the vote, with his nearest challenger, conservative Hong Joon-Pyo, on 23.3%.