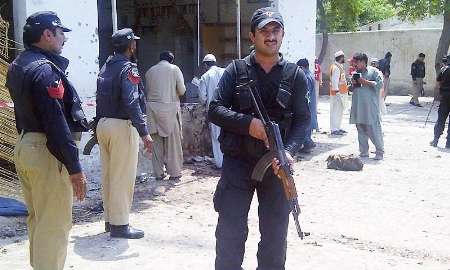 At least nine road construction workers were killed and two others injured as terrorists opened fire on them in Gwadar area of Balochistan.

Initial reports reveal those killed were working on a road construction site. The deceased and injured have been shifted to a nearby hospital.

“Eleven laborers working on Peshukan Ganz road came under attack, as a result of which nine of them were killed, while two others sustained injuries. The victims belong to Noushero Feroz, Sindh,” said Deputy Commissioner Gwadar Naeem Bazai.

No group has claimed responsibility for the attack so far.

Pakistan is working on many construction projects in Gwadar as part of the development of the port city.

Yesterday at least 26 people were killed and 40 others, including Senate Deputy Chairman Maulana Abdul Ghafoor Haideri, suffered injuries in a suicide attack on his convoy in the Mastung area of Balochistan.