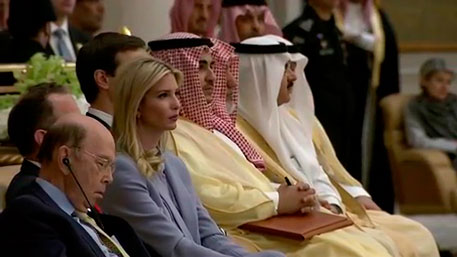 US Commerce Secretary Wilbur Ross appeared to have briefly fallen asleep during portions of President Donald Trump‘s speech in Saudi Arabia on Sunday.

During his speech Trump urged Arab and Islamic leaders to unite and do their share to defeat Islamist extremists, making an impassioned plea to “drive out” terrorists while toning down his own harsh rhetoric about Muslims.

The U.S. president did not use his signature term “radical Islamic terrorism” in the speech, a signal that he heeded advice to employ a more moderate tone in the region after using the phrase repeatedly as a presidential candidate.