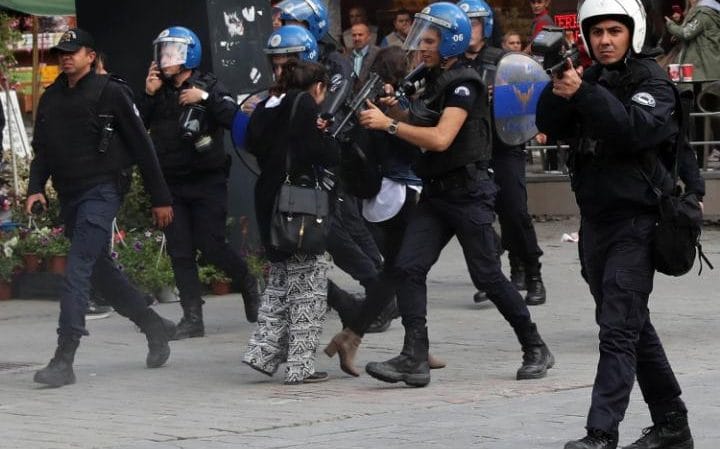 A pair of Turkish educators are facing months or even years in prison after being arrested for launching a hunger strike in protest at being sacked from their jobs in a widespread purge following last year’s failed coup attempt.

Nuriye Gulmen and Semih Ozakca have not eaten in 77 days and their hunger strike has become a rallying point for opponents of the increasingly authoritarian government of President Recep Tayyip Erdogan.

The pair were arrested this week and a court has now ordered that they be held in custody until they can face charges of “membership of a terror organisation” - charges that both academics strongly deny.

The tens of thousands of arrests in Turkey since the failed coup attempt against Mr Erdogan last summer means there is an enormous backlog in the courts system. Ms Gulmen, 35, and Mr Ozakca, 28, are likely to wait six months to a year before their case is heard.

Arrest warrants were issued for another 139 government employees in Ankara on Wednesday on suspicion of links to the Islamist Gulen movement, which Mr Erdogan blames for the coup attempt.

Mr Ozacka, a primary school teacher, and Ms Gulmen, a university lecturer, have been surviving on lemon and saltwater and sugar solutions since they began their hunger strike in March. They vowed to continue striking in prison.

"We will continue our fight until we are victorious," said Mr Ozakca.