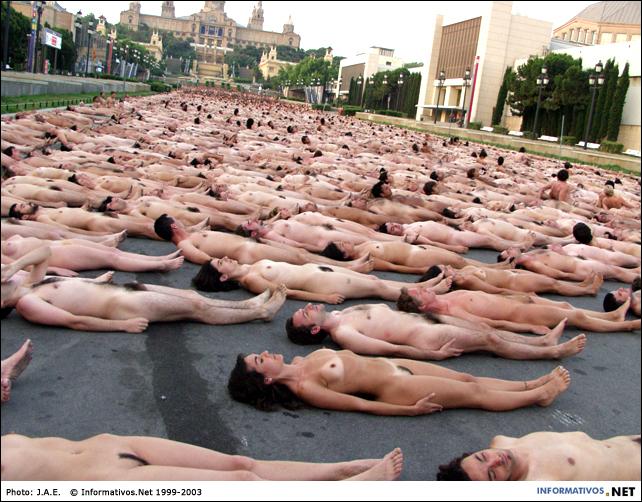 Displaying a banner that read “Femicide is Genocide,” dozens of women demonstrated on Tuesday in front of three buildings that represent the country’s democratic institutions: the parliament, the presidential palace, Casa Rosada, and Argentina’s highest court.

To a soundtrack provided by what appears to be a string quartet and a percussionist and with their backs to the public, the protesters slowly remove their clothes and gather around the banner, before collapsing to the ground to form a pile of bodies.