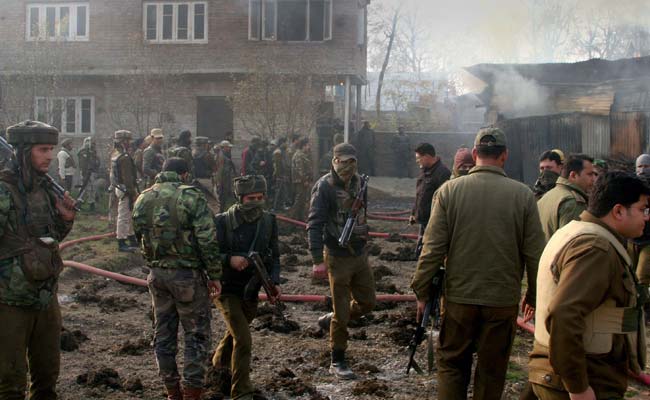 Three people have been killed on either side of divided Kashmir in fresh cross-border shelling, according to Pakistani and Indian authorities.

"The civilian population in the vulnerable villages was caught off guard by the unprovoked firing," Usman said. "It was intense."

The armies of the two countries face off along the heavily militarised frontier, known as the Line of Control (LoC), that divides the Muslim-majority Kashmir region.

Indian troops last week said they attacked and damaged Pakistani army posts in Kashmir to prevent what they called infiltration by fighters from the Pakistani side, but Pakistan denied the claim.

The Indian army said one person was killed and another wounded on its side of Kashmir, and blamed Pakistan for starting the exchange of fire.

Pakistan and India maintain a 2003 ceasefire agreement across the LoC, but both sides frequently violate it, usually blaming the other for instigating hostilities.

Kashmir has been tense since the killing last week of Sabzar Ahmad Bhat, a senior leader of the separatist Hizbul Mujahideen, in a gun battle with Indian government troops in his hometown of Tral.

His death prompted widespread protests and clashes in parts of Kashmir, leaving one civilian dead and dozens of others wounded.

The authorities have blocked the mobile internet services in the region following the tension.

Both countries have claimed the Kashmir region in full since partition and independence from Britain in 1947, but administer separate portions of it.

India and Pakistan have fought two of their three wars over Kashmir.

The killing prompted months of widespread protests and an ensuing security crackdown that has killed at least 100 people.

Relations between India and Pakistan have worsened after a raid in September last year on an Indian military base in Uri by Kashmiri fighters killed at least 18 soldiers.

That attack prompted India to respond by saying it launched "surgical strikes" on bases used by armed groups in Pakistani-administered Kashmir.