Germany to withdraw troops from Turkish base 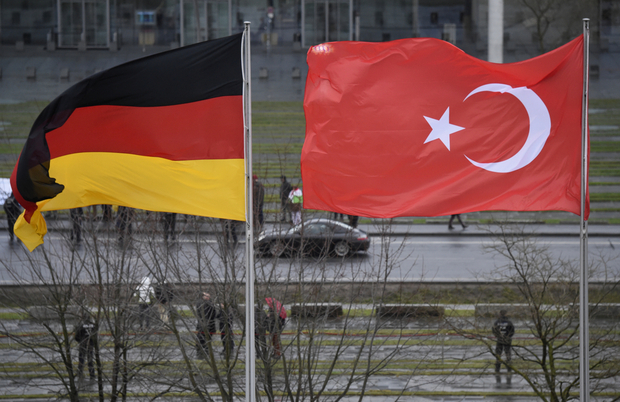 The German Cabinet backed the withdrawal of its troops from Incirlik air base in Southern Turkey, the German Defence Minister said, following Ankara's refusal to allow German lawmakers access to its soldiers there.

The decision announced by Defence Minister Ursula von der Leyen on Wednesday followed a lengthy impasse over the visits, increasing friction between the NATO allies.

Germany plans to redeploy the 280 military personnel stationed at Incirlik, along with surveillance planes and refueling jets to an air base in Jordan. However, it stressed it wants to minimize any disruption to the US-led coalition operation against ISIL (Islamic State of Iraq and the Levant, also known as ISIS).

Lawmakers are still discussing whether the proposed withdrawal should be put to a parliamentary vote.

Von der Leyen said she would hold immediate talks with the US army and the US-led coalition fighting ISIL to minimise the impact of the move, and also brief the cabinet and parliament next week.

However, German Chancellor Angela Merkel said talks would continue with Turkey even after troops leave the air base.

"We have a huge range of common interests with Turkey, and also close economic relations," she told reporters after the decision.

The withdrawal process of refueling aircrafts would take about two to three weeks and the relocation of reconnaissance jets, two to three months.

German Foreign Minister Sigmar Gabriel visited Turkey on Monday, in a last attempt to convince Ankara to avert a pullout, however Turkey had once again refused the visits for "domestic political reasons".

He said he wanted to avoid further hurting ties with Turkey and pushing it towards Russia.

Turkey was infuriated over German authorities' decision to grant asylum to soldiers and other individuals that Turkey accuses of participating in a failed coup attempt last July.

Relations were further tested when Germany, citing security concerns, banned some Turkish politicians from campaigning on its soil as well as Turkey's jailing of two German journalists.