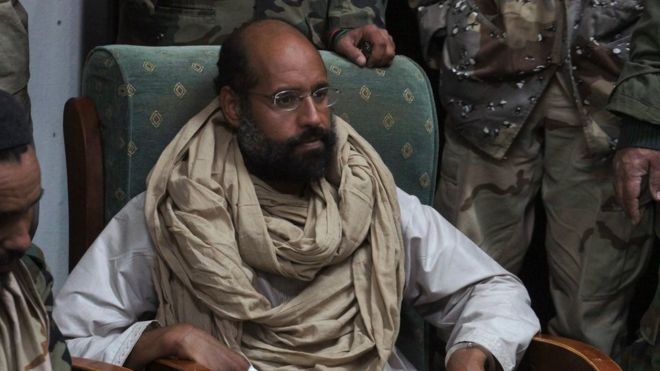 Saif al-Islam Gaddafi, second son of the late deposed Libyan leader Col Muammar Gaddafi, is said to have been freed under an amnesty, in a move which could fuel further instability.

Axar.az reports citing BBC.
His father's preferred successor, he had been held by a militia in the town of Zintan for the past six years.

The Abu Bakr al-Siddiq Battalion said he had been released on Friday but he has not been shown in public.

Local reports suggest he is now in the eastern city of Bayda with relatives.

The militia group said it was acting on a request from the "interim government".

That government - based in the east of the country - had already offered amnesty to Saif al-Islam.

However, he has been sentenced to death in absentia by a court in Tripoli, the west of the country, where control is in the hands of the rival, UN-backed Government of National Accord.