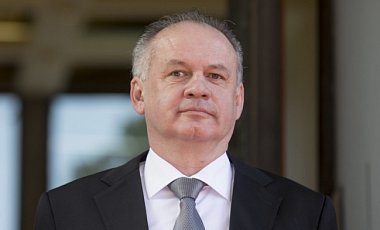 The President of Slovakia Andrej Kiska called on Ukraine not to stop on the path of reform after the introduction of a visa-free regime with the countries-members of the European Union.

Axar.az reports that writes European true, he said this at a joint press conference with President of Ukraine Petro Poroshenko in the Slovak-Ukrainian border.
“I want you to call to you in the future implemented reforms. Reforms require a lot of effort… It puts before the people a lot of demands, but trust me, it is very beneficial for you,” said Kitty.
The President of Slovakia called the launch a visa-free regime a great day for Ukrainians, and Slovaks.
“This day is hidden a lot of effort, lot of hard work. Ukraine has fulfilled its promises and did the same and the European Union”, – he added.
Today Poroshenko held in Ukrainian-Slovak border meeting with the President of Slovakia at a ceremony to mark the introduction of a visa-free regime. The head of state opened a symbolic door to a visa-free regime with the EU.