9 Injured in PKK Shelling of Turkey 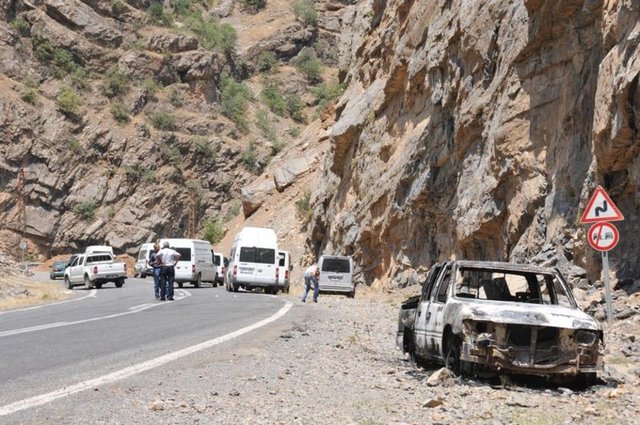 Nine people were injured the shelling by the Kurdistan Workers’ Party (PKK) of the Turkish district of Cukurca in southeastern Hakkari province, local media reported Sunday.

The shelling by PKK from Iraq's territory wounded six military personnel and three guards from one of the district's villages who were on duty searching for mines, Dogan News Agency reported, adding that all of the injured were hospitalized.

Turkey considers the PKK as terrorist organization. After the ceasefire between the parties broke down in 2015, Ankara started a military operation against the Kurdish militants.

On Sunday, Turkish Interior Minister Suleyman Soylu said that around 1,068 PKK members were killed, 27 wounded and 369 captured alive by the Turkish authorities over the last nine months while 289 PKK members surrendered to Ankara.