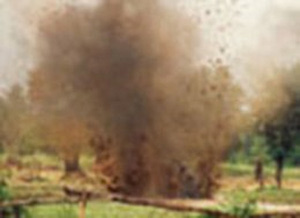 A Saudi soldier was killed and two members of the security forces wounded when an explosive device went off during a patrol in the Kingdom's eastern Qatif province, the Interior Ministry said on Monday.

The ministry said in a statement carried by the state news agency that the blast, which it described as a "terrorist incident" had occurred late Sunday evening in the Masoura district.