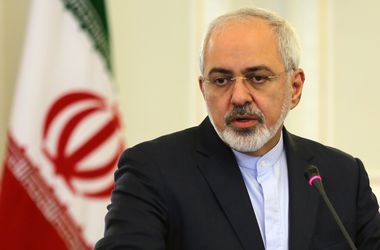 "We have intelligence that Saudi Arabia is actively engaged in promoting terrorist groups operating on the eastern side of Iran in Baluchestan," Zarif said on Tuesday at a news conference on the sidelines of an annual peace mediation in Oslo.

He said the armed groups were "using the territory of one of our neighbours against its will to launch attacks against Iran which only two months ago led to the murder of nine Iranian border guards," refering to Pakistan.

"On the Western side the same type of activity is being undertaken, again by using the diplomatic hospitality of other neighbours," Zarif said.

Call for a regional forum

Zarif also called for establishment of a regional forum to resolve differences, which has become more necessary after tensions between Qatar and the Saudi-led group of countries that took actian against Doha.

Iran and Saudi Arabia has been accusing each other of subverting regional security and support opposite sides in conflicts including those in Syria, Yemen and Iraq.

Relations between the two neighbours are at their most tense in years. Last week Riyadh, along with other Arab governments, severed ties with Qatar, citing its support for Iran as one of the main reasons for the move.

Iran also accuses the United States for promoting armed in the region.

Tensions between Iran and Saudi Arabia have escalated further as Iran's Revolutionary Guards blamed the deadly June 7 attack in Tehran, which killed 17 people and wounded 52 others, on Saudi Arabia.

The Islamic State of Iraq and the Levant (ISIL, also known as ISIS) group claimed responsibility for the twin attacks that killed 17 people and wounded dozens.