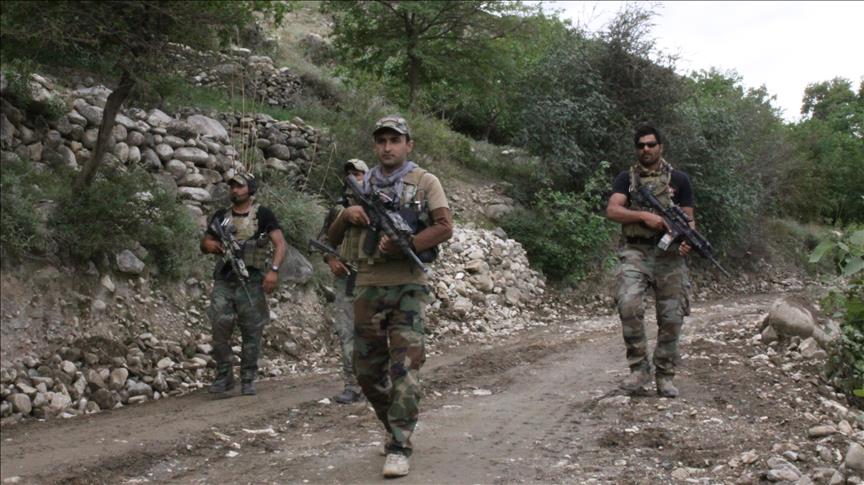 The Afghan military on Thursday claimed to have killed 76 militants in a major counterterrorism drive across the country during the past 24 hours.

According to the country’s Interior Ministry, up to 43 Taliban militants were killed during air raids conducted in the restive Helmand province's Marja district.

The ministry also said a large cache of arms and ammunition had been destroyed in the raid. No further details were released.

Meanwhile, in a security briefing the Ministry of Defense said up to 33 militants, including five pro-Daesh fighters, were killed in different counterterrorism offensives across the country.

These ground and air operations were carried out across 14 different provinces.

A day earlier, a breakaway faction of the Taliban led by Mullah Rasul was hit by a suicide car bombing, leaving up to eight people dead.

Mohammad Umar Zwak, spokesman for the provincial governor, told Anadolu Agency the twin-suicide bombings took place in the Greshk district where the Taliban has a strong presence.