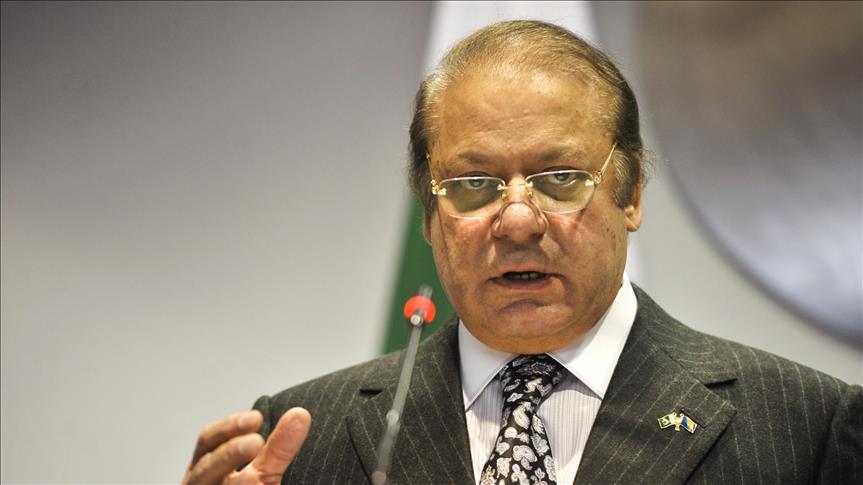 Prime Minister Nawaz Sharif created history on Thursday, by appearing before investigators probing a corruption case against his family, the first any head of state has done so in Pakistan.

Sharif was questioned for three hours by an investigation team over his family’s links to alleged offshore accounts named in the Panama Papers.

The move came after a Supreme Court ruling on April 20 which ruled out his disqualification, but asked an investigation team to look into money laundering allegations against him.

Speaking to reporters after the interrogation, Sharif said he had presented all documents about his family business to the investigators.

"The whole world is watching that I have put myself and my family on trial, and provided details about the last 70 years of our family business,” Sharif said.

Security had been beefed up at the capital on the eve of the prime minister’s appearance before the investigation team. All roads leading to the Federal Judicial Academy, where the interrogation took place, were blocked for public.

Sharif arrived at the venue in his personal car accompanied by his brother and son, who were not allowed inside the interrogation room by security officials.

Hussain Nawaz, the prime minister’s elder son, has made five appearances before investigators so far.

The team has summoned the premier’s brother Shahbaz Sharif, who is also chief minister of the Punjab province, on June 17.

The Qatar prince Sheikh Hamad bin Jassim bin Jaber al-Thani, who provided a letter which became Sharif's main defense during the trial, has also been summoned by investigators. After initial refusal, he has reportedly agreed to meet the investigators in Qatar.

The opposition accuses Sharif of hiding his assets and lying to the parliament.

A three-time prime minister, Sharif was ousted twice in the 1990s -- once during the 1999 military coup.

He returned to power in the 2013 elections, but his tenure has been marked with frequent protests by opposition parties who accuse him of corruption.