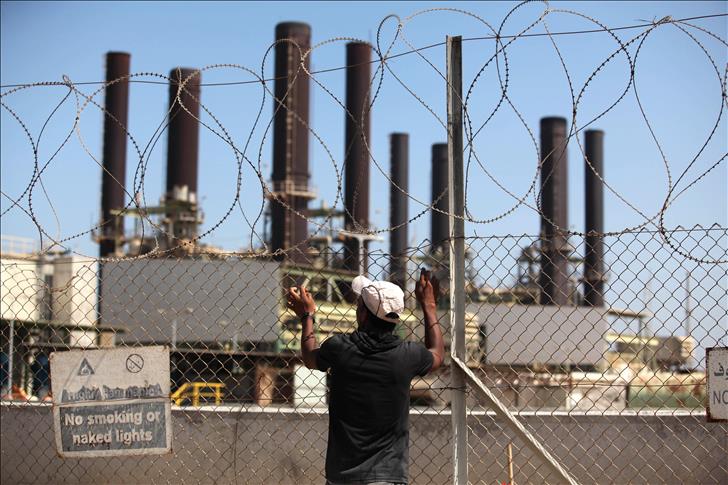 The Israeli authorities on Monday reduced the amount of electricity being sent to the Hamas-run Gaza Strip by 8 megawatts, according to Gaza’s official power authority.

“The Israeli occupation authorities this morning cut eight megawatts of electricity from the Israeli power lines feeding Gaza,” read a Monday statement issued by the authority.

It described the move as “a first step toward the implementation of a recent decision, taken at the request of the Palestinian government in Ramallah, to gradually reduce electricity to Gaza”.

The authority went on to warn of the “serious effects” the move was likely to have on the Gaza Strip’s roughly 2 million inhabitants who are already suffering from an acute shortage of power.

It added: “This decision will have a significant impact on [electricity] distribution and regularity [in Gaza].”

The authority vowed to hold “the Israeli authorities and the relevant parties” -- the latter being a veiled reference to the Ramallah government -- responsible for the move’s “grave consequences”.

Last week, the Israeli government agreed to reduce the electricity supply to the Gaza Strip after the Palestinian Authority (PA), which leads the Ramallah government, reduced by 30 percent the amount it pays each month for Israeli electricity.

Before the latest reduction, Israel had supplied the Gaza Strip with 120 megawatts of electricity (out of 450 megawatts needed), which now represents the strip’s main source of energy after its only functioning power plant went offline in April.

The same month saw Palestinian President Mahmoud Abbas, who heads up both the PA and the Ramallah government, vow to take “unprecedented measures” to pressure Hamas -- which has governed the Gaza Strip since 2007 -- to relinquish control of the embattled coastal territory.