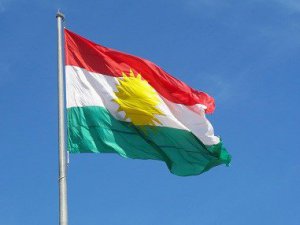 While Iran, Iraq, and Turkey signal their concerns about the planned independence vote in the Kurdish Region of Iraq, Washington may have been interested in the rise of the sovereign Kurdish entity which will allow the US to exert considerable pressure on regional players, political scientist Gevorg Mirzayan writes for RIA Novosti.

Iraqi Kurdistan's referendum on independence may trigger a chain reaction which would result in the defragmentation of Iraq, Gevorg Mirzayan, associate professor at the Department of Political Sciences of Finance University of the Russian Government, writes in his recent op-ed for RIA Novosti.
According to Mirzayan, the referendum may turn the country into a threat to some players and an important ally to the others.

Earlier in June, President of the Iraqi Kurdistan Region Masoud Barzani announced that on September 25, the autonomous region including the Nineveh, Kirkuk, Saladin and Diyala provinces — claimed by both Iraqi Kurdistan and Iraq — would hold an independence referendum.

For its part, the Iraqi leadership signaled that it will not support any unilateral steps taken by the Kurdistan Region to gain independence. Baghdad refers to the fact that the move would violate the country's constitution.

"Any decision that concerns the future of Iraq must take into consideration the constitutional texts as it is an Iraqi decision… All Iraqis must have their say over the future of their homeland. It is not possible for one party to determine its fate independent of others," Iraqi government spokesman Saad Hadithi said as quoted by the Rudaw news agency.

Meanwhile, Washington expressed its concerns that the referendum "will distract [the Kurds] from more urgent priorities: the defeat of ISIS [Daesh]," US Department of State spokesperson Heather Nauert said on June 9.
In his op-ed Mirzayan underscored that the situation is rather tricky: on the one hand, the US invasion of Iraq in 2003 dealt a lethal blow to the country's territorial integrity, making Iraqi Kurdistan a de facto independent entity.

On the other hand, if Iraqi Kurdistan declares independence it will inevitably lead to the defragmentation of Iraq.

Furthermore, it may provoke a domino effect throughout the Middle East: besides Iraq, there are a number of large Kurdish enclaves in Turkey, Iran, and Syria.

"The transformation of the de facto independent Kurdistan [Region] into de jure independent [Iraqi Kurdistan] could trigger a chain reaction that would lead to the collapse of Iraq and would not allow [Baghdad] to preserve the state at least in a federative form," Mirzayan wrote.

"In addition, the Kurds [are planning] to withdraw from Iraq taking not only the territory of the Kurdistan [Region] but also those lands which have been occupied by the Kurdish militia (Peshmerga) during the ongoing war against Daesh… such as oil-rich Kirkuk… and the Yezidi-inhabited Sinjar [also known as Shingal]," the academic emphasized.

Needless to say, Iraqi Kurdistan's neighbors have sounded the alarm regarding the upcoming referendum.

The especially fierce opposition to the independence vote has been recently voiced by the Turks, who consider the planned referendum a "terrible mistake."