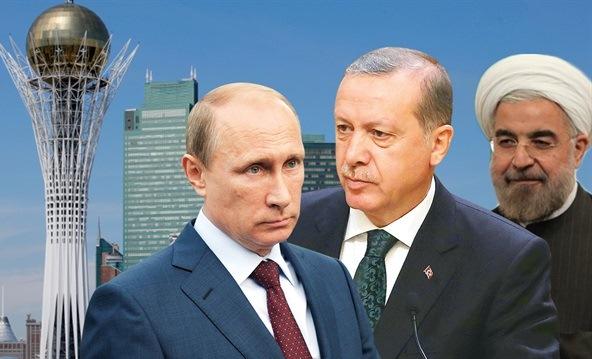 The guarantors of the Syrian ceasefire - Russia, Turkey and Iran - will participate in the next international Astana meeting on resolving the Syrian crisis, Kazakhstan’s First Deputy Foreign Minister Mukhtar Tleuberdi told reporters on Tuesday.

"We can say that high-ranking representatives of the guarantor countries’ foreign ministries, which means Russia, Iran and Turkey, will take part in the meeting," he said when asked about the Astana meeting’s participants.

Tleuberdi added that invitations had been sent to the Syrian government and opposition. "We are waiting for their answers now," the Kazakh first deputy foreign minister added.

According to him, Jordan, the United States and the United Nations, who participated in the previous meeting as observers, have also been sent invitations.

"The main goal of the meeting is for the guarantor countries to consider documents concerning the implementation of the de-escalation zones," Tleuberdi elaborated.

The Kazakh Foreign Ministry said earlier that a high-level meeting on settling the situation in Syria would be held in Astana on July 4-5.

The guarantor countries are expected to consider documents concerning various aspects of the Syrian de-escalation zones, as well as discuss steps which need to be taken to ensure unhindered humanitarian access and restore infrastructure facilities.