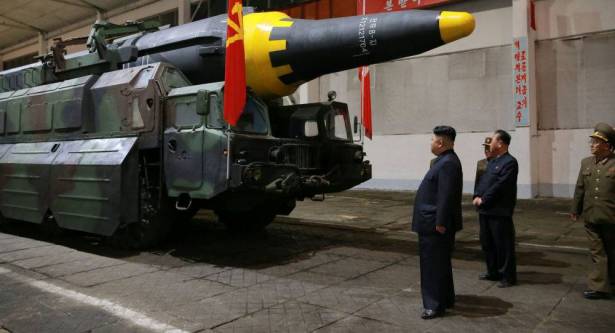 France is working on tightening the sanctions against North Korea in order to ensure that Pyongyang abandons nuclear and ballistic programs in compliance with UN Security Council resolutions, according to French Foreign Ministry spokesman Alexander Giorgini.

"France actively cooperates with partners in all formats in order to make North Korea its abandon nuclear and ballistic programs in compliance with UN Security Council resolutions. We are working with our partners on tightening the sanctions which were imposed previously and call for further strengthening of the Security Council's and the European Union's sanctions in order to reinforce pressure on the North Korean regime," Giorgini said at a briefing.

Since the beginning of 2016, North Korea has carried out a number of missile launches and nuclear tests in violation of UN Security Council resolutions, prompting worldwide criticism and the escalation of tensions on the Korean peninsula. The international community, including the United States, has criticized the military activities of the isolated Asian nation and tightened the sanctions regime against Pyongyang in response to its unsanctioned actions.

In recent months, however, tensions surrounding North Korea's nuclear and missile programs have drastically escalated due to an increased frequency missile launches and nuclear tests. The most recent launch took place on June 8, when North Korea carried out a launch of short-range anti-ship missiles which reportedly flew some 199.5 kilometers (124 miles) before falling into the Sea of Japan.