Moldova and Azerbaijan relations have a great potential 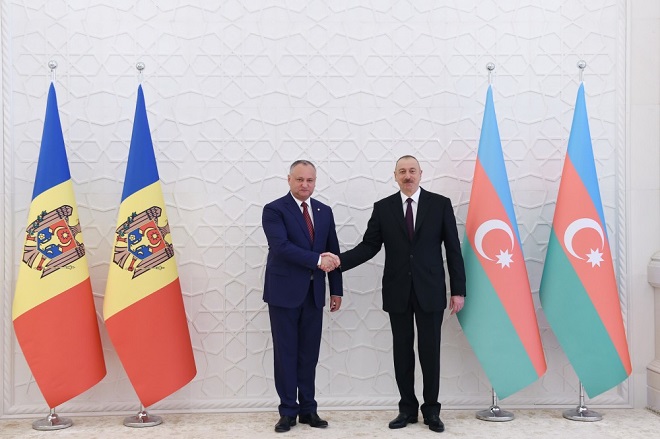 "Azerbaijan is a dynamically developing state that provides us with many successful examples of effective governance which can be adopted".

"The relations between Moldova and Azerbaijan have great potential, but the dynamics of their development are not the best. We need to develop our relations, especially in the economic sphere. Based on the current agenda, we have discussed possibility of holding a meeting of the Azerbaijani-Moldovan Intergovernmental Commission on Trade and Economic Cooperation in fall this year, which have not been held for 5 years. Also, we discussed possibility of holding a joint business forum, considered possibility of launching a direct flight between Chisinau and Baku. A number of joint social projects with the support of the Azerbaijani side were also discussed, which we hope to realize in the near future", I.Dodon said.

The President of Moldova noted that Ilham Aliyev gave instruction to prepare a plan of joint measures within the framework of the Moldovan-Azerbaijani cooperation in a number of areas.

"I am confident that the Moldovan-Azerbaijani relations will continue to develop", Igor Dodon stated.