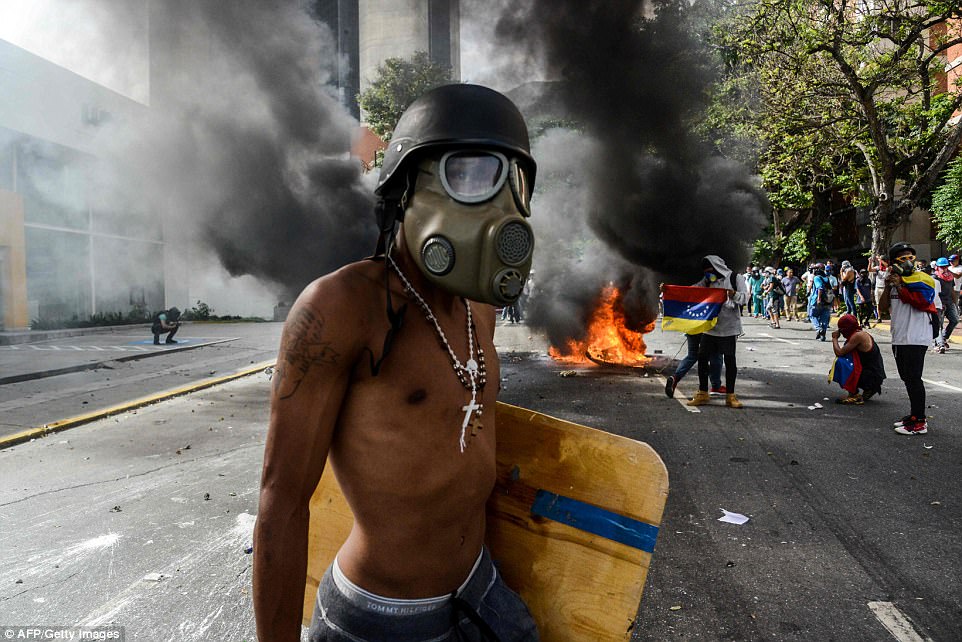 Parliamentary workers came under attack as they staged a protest against the government’s controversial decision to call a special assembly to rewrite the constitution.

The Assembly said in a statement alleged supporters of President Nicolas Maduro also tried to break into the building. A photo posted by Borges on social media showed people smearing paint on glass doors.

Nearly-daily opposition protests against President Maduro continued in the national capital Caracas on Friday. The Telesur news channel reported that government critics set three trucks on fire outside La Carlota air base. Thursday’s siege of the military base went wrong when a soldier shot one assailant dead.