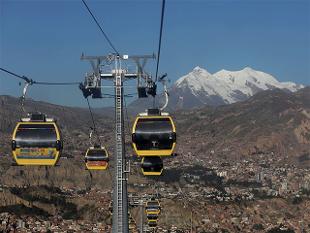 A pine tree fell onto a cable car in a ski resort in Indian Kashmir on Sunday, sending the car plunging to earth and killing seven people, most of them tourists, police said.

About 150 people were stranded in other cable cars on the mountain in Gulmarg in high winds, but were later rescued. Gulmarg is a winter ski destination but also popular with tourists during the current summer season.

Gulmarg police officer Imtiyas Hussain said a falling pine tree hit one of the cars, snapping the car from the cable and sending it down hundreds of feet.

The cable car, known as the Gulmarg gondola, is one of Kashmir's top attractions. Tourism though has been affected this summer because of a flare-up in separatist violence.