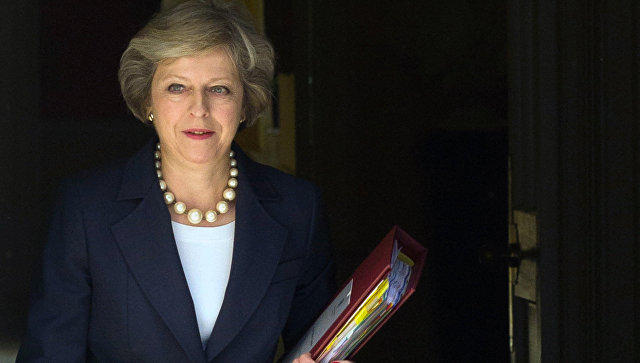 British lawmakers have approved the Conservative minority government’s first policy plans as laid out in the Queen’s Speech with a majority of 14 votes.

The members of the House of Commons voted on Thursday the government's plans for the next two years with 323 votes in favour -- a narrow majority after 309 MPs voted against.

With the vote, Prime Minister Theresa May has survived the first major test and remained as the new government head as a result of a "confidence and supply" deal between the leading Conservative Party and Northern Ireland’s Democratic Unionist Party (DUP).

But the government also granted a concession on the issue of abortions for Northern Ireland women earlier. An amendment on the issue by Labour MP Stella Creasy has been withdrawn after the concession.

An amendment by Labour MP Chuka Umunna to support the U.K. remaining in the European single market and the Customs Union was also defeated in an earlier poll by the majority of votes.

There will be no Queen’s Speech -- a ceremonial event during which the Queen reads out the government plan.

The new government will continue Brexit negotiations with the EU. The official talks to leave the bloc started on June 19 and is expected to end in around two years.

“Confidence and supply” means the DUP would vote with the Tories on a case-by-case basis, but not have any Cabinet members, as in a coalition government as the DUP’s 10 seats now give the Tories a narrow parliamentary majority.

According to final results of the June 8 snap election, the Conservative Party lost its parliamentary majority after winning 318 seats in the lower chamber of the British parliament.