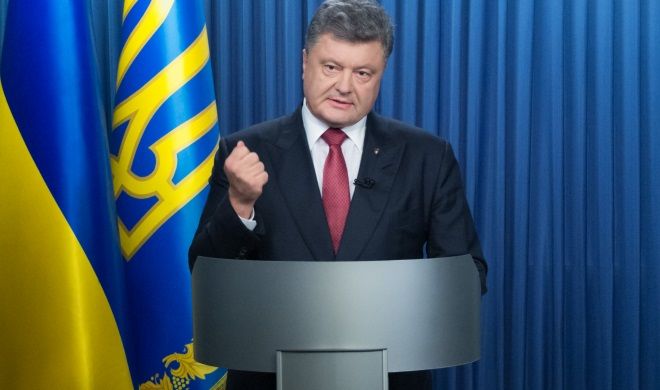 Ukrainian President Petro Poroshenko has signed Decree No. 256/2017 to enact a decision taken by the National Security and Defense Council (NSDC) on July 10 to strengthen control over entry into Ukraine, departure of foreigners and stateless persons from Ukraine, their compliance with the rules of stay in Ukrainian territory, the presidential press service has reported.

The government was also instructed to take measures to improve the legislation on the procedure for registration of residence/stay of foreigners in the territory of Ukraine, including Russian citizens, and stateless persons who come from migration risk countries or enter Ukraine from the territory of such states.

According to the decree, the Cabinet should update the list of migration risk countries, in particular, by adding Russia. The government should also within two months work out a mechanism and phases of the introduction of preliminary electronic notification by foreigners and stateless persons about their plans to enter Ukraine; entry into Ukraine and departure from Ukraine by foreigners, including citizens of the Russian Federation, with the use of biometric passports. The decree set the three-month deadline for taking measures in accordance with established procedures and to ensure the functioning of centers for the provision of administrative services in the vicinity of the entry/exit checkpoints. In addition, the government must ensure the launch of the national system of biometric verification and identification of Ukrainian citizens, foreigners and stateless persons from January 1, 2018, resolving the issue of the necessary resource support for fixing biometric data of foreigners, including citizens of the Russian Federation, and stateless persons amid border control at the checkpoints across the state border of Ukraine and entry/exit control points.