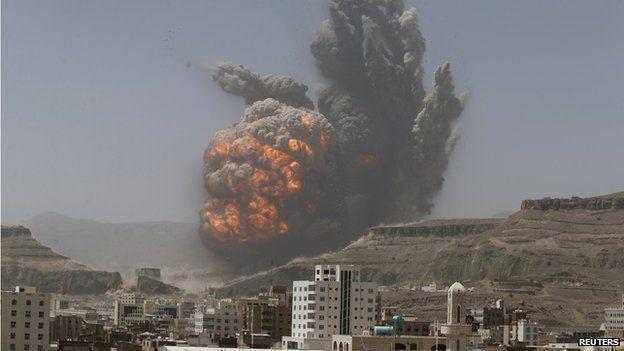 The Houthi-run Saba news agency, citing a security source, said the raid targeted a small hotel in a marketplace in Sahar in the province.

Saada is a main stronghold of the Shia Houthi group in Yemen.

The agency said 9 people were seriously injured in the attack, without giving further details.

There was no comment from the Saudi-led coalition on the Houthi claim.

The coalition usually denies Houthi accusations of targeting civilians in its attacks in war-torn Yemen.

Impoverished Yemen has remained in a state of civil war since 2014, when the Houthis and their allies overran much of the country, including the capital Sanaa.

The conflict escalated in 2015 when Saudi Arabia and its Arab allies launched a massive air campaign aimed at rolling back Houthi military gains and shoring up Yemen’s pro-Saudi government.