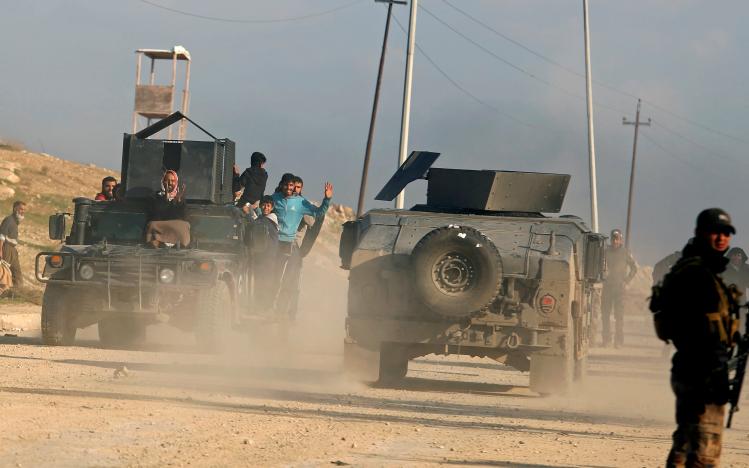 The ISIS terrorist group committed "serious and systematic" violations which amount to international crimes during the military operation to liberate Mosul city in Iraq, a UN report said on Thursday.

The research, which was based on witness testimony, documented mass abductions of civilians, the use of thousands as human shields, the intentional shelling of civilian residences and indiscriminate targeting of people trying to flee the city.

It called on the UN Security Council and the UN Human Rights Council to take action to ensure that those responsible for international crimes such as genocide, crimes against humanity and war crimes would be held accountable.

"Presently, the Iraqi courts do not have jurisdiction over international crimes committed in Iraq.

Additionally, Iraq is not a party to the Statute of the International Criminal Court and has not accepted the jurisdiction of the Court," the report warned.

After a nine-month military campaign, Iraqi security forces retook the city from ISIS in July 2017.

Over 2,500 civilians were killed during the military operation, mostly as a result of ISIS attacks, including 741 people who were executed. Nearly 1,700 were wounded.

Noting that large numbers of civilians in Mosul were forced to flee, the report over 824,000 individuals were displaced as of July 11.

At least 74 mass graves have been discovered in areas previously held by ISIS in Iraq since 2014.

The UN also said 461 civilians died as a result of Iraqi airstrikes and urged the Baghdad government to investigate human rights abuses.