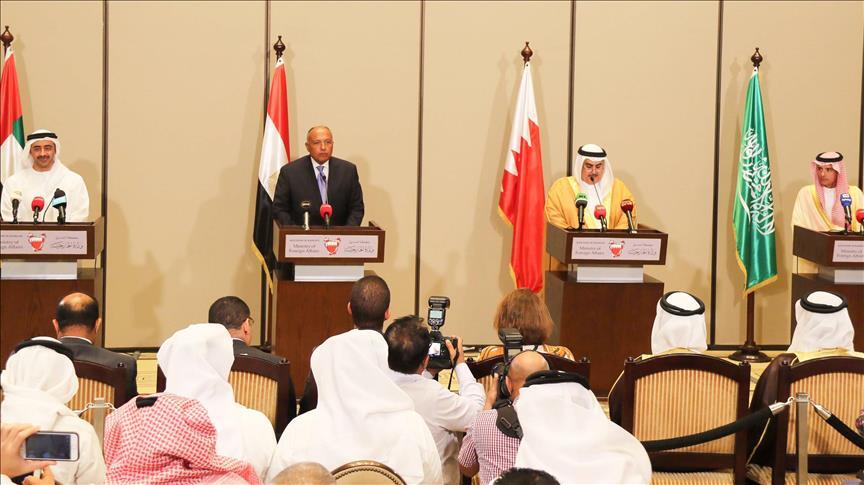 The foreign ministers of a Saudi-led bloc boycotting Qatar held talks in Abu Dhabi on Saturday, according to Egypt’s foreign ministry.

He said the meeting “reflected common interests”, but without giving more details.

On Friday, Egyptian authorities said Foreign Minister Sameh Shoukry will attend the 8th annual session of Sir Bani Yas forum to discuss a host of issues, including the Qatari crisis, the Middle East peace process and developments in Iraq and Libya.

The minister also said that Bahrain will not participate in the GCC meetings if Qatar will be present in the upcoming GCC summit.

The four states also threatened Qatar with additional sanctions if it failed to meet a long list of demands, including the closure of Doha-based broadcaster Al Jazeera.

Qatar, however, has refused to comply, vociferously denying the accusations against it and describing the Saudi-led embargo as a breach of its national sovereignty.