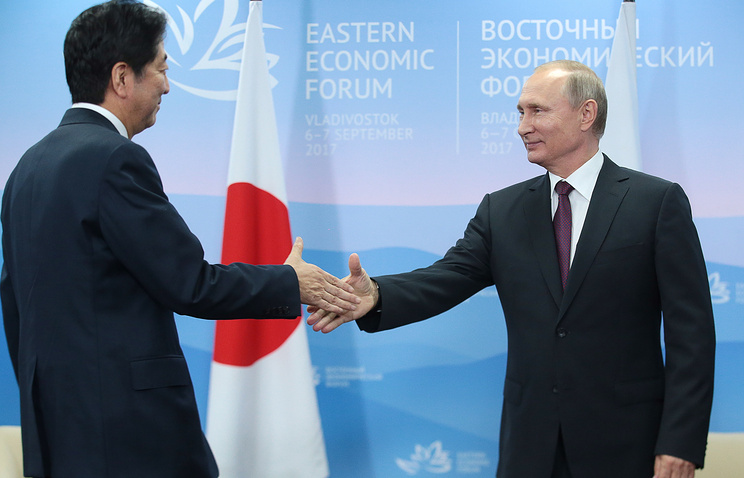 Japanese Prime Minister Shinzo Abe expects to discuss at the upcoming talks in Vietnam with Russian President Vladimir Putin joint economic activity on the Southern Kuril Islands and signing a peace treaty between Russia and Japan.

"I expect to step up dialogue on joint economic activity (in the Southern Kuril Islands) and signing the peace treaty," Abe told reporters before flying to Vietnam, where he is due to attend the Asia-Pacific Economic Cooperation (APEC) summit.

Russian President Vladimir Putin said after his meeting with Abe in the Far Eastern city of Vladivostok on September 7 that the Russian and Japanese Foreign Ministries had selected a number of promising projects on the islands, namely on aquaculture, wind power, waste processing, tourism and the creation of greenhouse facilities.

The two sides consider joint economic activities to be a step towards concluding a peace treaty. Meanwhile, Japanese analysts say Tokyo and Moscow have different views regarding the implementation of these projects. Russia proposes to do it in the framework of the Russian legislation, while Japan suggests that a certain ‘special system’ should be established on these territories.