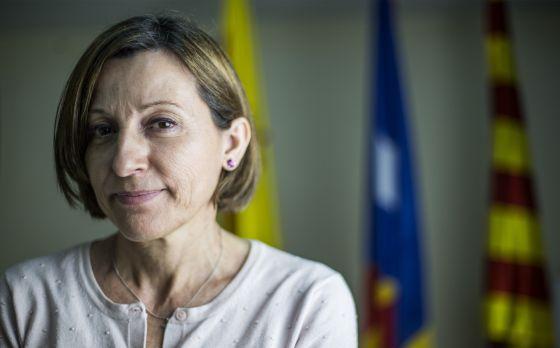 Speaker of the Catalan Parliament, Carme Forcadell, was released from a jail in Madrid on Friday after paying 150,000 euros ($175,000) bail.

Forcadell, along with four other elected members of the Catalan government, spent Thursday night behind bars but were able to leave once they paid bail.

One other government official was released without having to pay bail.

All of them are being investigated for rebellion, sedition and misappropriation of funds for their roles in the Oct. 27 declaration of independence passed in Catalonia’s Parliament.

Forcadell was the person who read the results and officially passed the independence bill, now annulled by Spain’s Constitutional Court.

Lawyers familiar with the proceedings told local media that Forcadell testified in Spain’s Supreme Court that the vote to declare independence was merely symbolic.

The Spanish Supreme Court’s decision comes in contrast to recent rulings made by the Spanish High Court.

Eight members of the Catalan government who were tried in the High Court are in pre-trial detention, without the possibility of bail.

Two leaders of Catalan independence associations have also been unconditionally remanded in custody.

The Spanish High Court has also issued a European arrest warrant for Carles Puigdemont, former Catalan president, and four other members of his Cabinet who are currently in Belgium.

As part of the conditional release on bail, the passports of Forcadell and the other politicians who have been bailed out have been confiscated