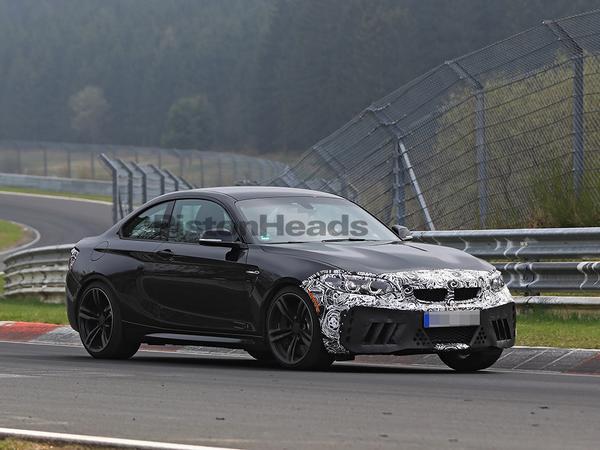 BMW M2 'CS' spy shots have been circulating for awhile now, accompanied by speculation that the engine will be a twin-turbo straight six, borrowed from the M3/4 although detuned to 405hp so as not to tread on its bigger brother's toes.

Axar.az reports citing Pistonheads that, a new video of the car testing brings us no closer to confirming that fact, although the smart money says around three tenths will have been shaved from 0-62mph time versus the standard car, and - as with other CS models - various body panels will be replaced with lighter composite ones which, alongside lightweight sports seats, ought to offer a modest weight saving.

Expect similar mechanical tweaks as seen in the BMW M3 CS including 'Active M-suspension' that should target the M2's stern damping over uneven back roads, alongside a specially tuned M Sport exhaust system. If the M3 CS is anything to go by, expect production to be limited to 1,200 units in the UK with the reveal coming either with or a little after the M2 facelift, which is due to go on sale next year.