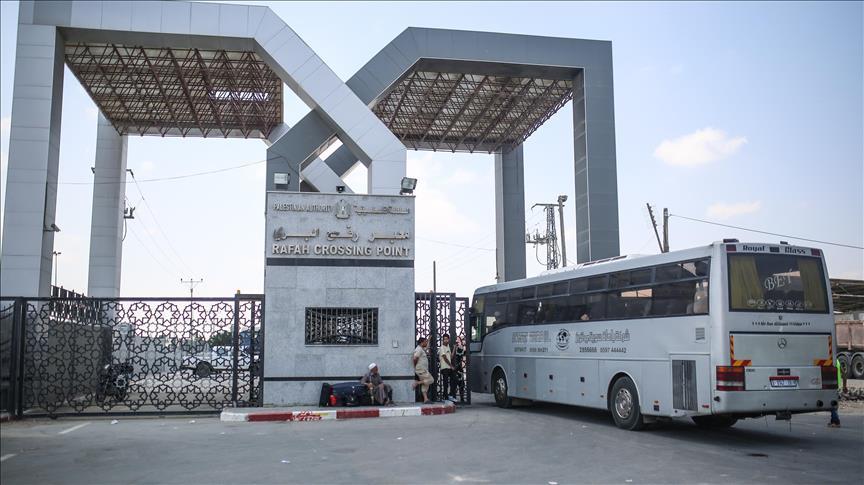 Egyptian authorities Tuesday closed the Rafah border crossing with the blockaded Gaza Strip, according to the Palestinian Interior Ministry.

Axar.az reports citing Turkish media that the terminal, which links the Palestinian enclave with Egypt’s Sinai Peninsula, was opened for a three-day period Saturday.

On Monday, a Palestinian spokesman said Egyptian authorities had decided to keep the crossing open for another three days.

“Egyptian authorities, however, decided to close the Rafah crossing at dawn in both directions and reversed on its earlier decision to keep it open,” the interior ministry said in a statement Tuesday.

Palestinian group Hamas, which has ruled the Gaza Strip since 2007, handed the crossing over to the Ramallah-based Palestinian Authority (PA) earlier this month, marking the first concrete change since an Egypt-sponsored reconciliation process started to heal a decade-long rift between Hamas and its rival Fatah group.

PA-affiliated employees had directed the movement process through the terminal Saturday, for the first time in ten years since 2007.

The closure comes as Palestinian factions held a fresh round of talks in Cairo aimed at healing a decade-long rift between Hamas and rival group Fatah.