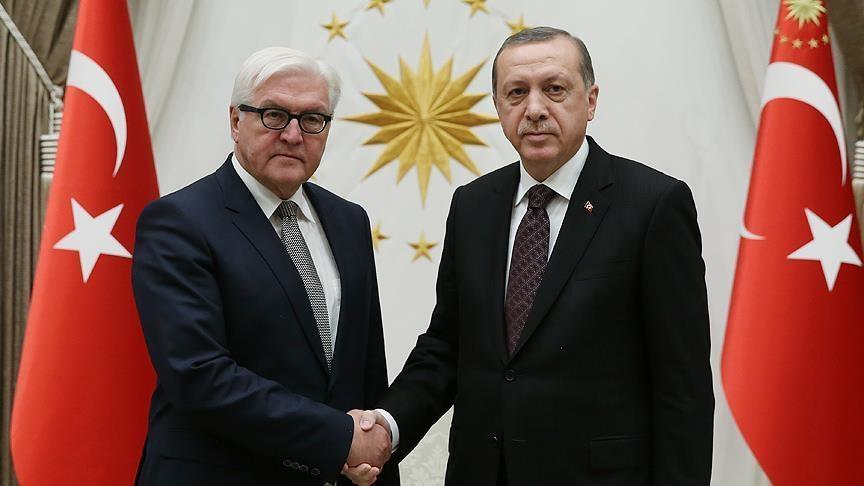 President Recep Tayyip Erdoğan and his German counterpart Frank-Walter Steinmeier discussed the need to improve ties between their countries as well as the Sochi summit held by Turkey, Russia and Iran in a phone call late Wednesday.

During the Sochi trilateral meeting, Erdoğan, Iranian President Hassan Rouhani, and Russian President Vladimir Putin had discussed the progress made in the Astana peace talks as well as changes in de-escalation zones across Syria.

Turkey and Russia, together with Iran, are the guarantor countries that brokered a cease-fire in Syria in December 2016, leading to the Astana talks, which ran parallel to the U.N.-backed discussions in Geneva to find a political solution to the six-year war.

In the phone call, Erdoğan also mentioned the need to hold free and fair elections in Syria.

The president reiterated that terror groups such as the PKK's Syrian affiliate PYD and its armed wing the YPG have no place in the upcoming Syrian National Dialogue Committee.