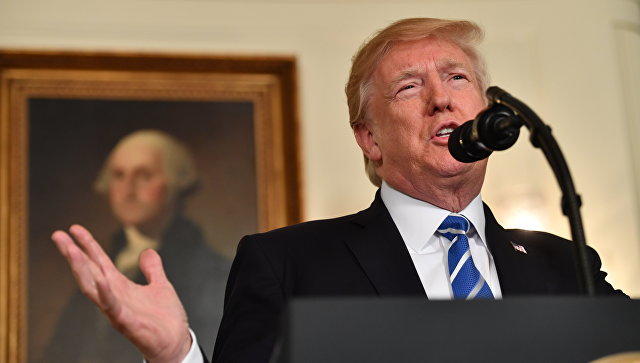 U.S. President Donald Trump expressed hope on Friday that “something good” could come from North Korea’s participation in the Winter Olympics in South Korea, even after Pyongyang warned it would not “sit idle” if Washington and Seoul resumed military exercises after the Games.

Trump met North Korean defectors at the White House on Friday and said the Olympics could serve as an indicator as to whether the crisis over North Korea’s development of nuclear weapons capable of hitting the United States could be resolved.

North Korea has not tested a missile since November and resumed inter-Korean dialogue in January, leading to agreement on its Olympics participation and easing tensions after a year of escalating rhetoric between Pyongyang and Washington.

“It’s a very tricky situation,” Trump told reporters. “We’re going to find out how it goes. We think the Olympics will go very nicely and after that, who knows.”

He said he was not trying to send a message to North Korea by meeting the defectors. “They were here and I said ‘let’s tell your story’.”

Asked if there was more Washington could do to resolve the problem, Trump said his administration was doing a lot but its options were limited given concessions by previous presidents.

“We ran out of road,” he said. “We have no road left. So we’ll see what happens, but in the meantime, we’ll get through the Olympics and maybe something good can come out of the Olympics. Who knows?”

The North-South talks, the first in two years, came after Washington and Seoul agreed to push back a routine military drill until after the Olympics and Paralympics. The Games begin next week and run until March 18.

In a letter to the United Nations published by North Korea’s official news agency, North Korean Foreign Minister Ri Yong Ho warned against resuming the drills, which Pyongyang sees as practice for invasion.

He said that whenever the drills took place “the peace and security of the Korean peninsula were gravely threatened and the inter-Korean mistrust and confrontation reached the top, thus creating great difficulties and obstacles ahead of hard-won dialogues”.

“We will make every effort to improve inter-Korean relations in future, too, but never sit idle with regard to sinister act of throwing a wet blanket over our efforts,” Ri said.

He accused the United States of misleading public opinion by claiming that its pressure campaign, including “their harshest sanctions”, had brought about the inter-Korean talks, when the “dramatic turning point” was thanks to North Korean leader Kim Jong Un.

In a commentary on Friday, North Korea’s state media said Washington was attempting to create a “stage of confrontation” at the Olympics by saying the inter-Korean talks and the positive results that had stemmed from them could “disappear” after the Games.