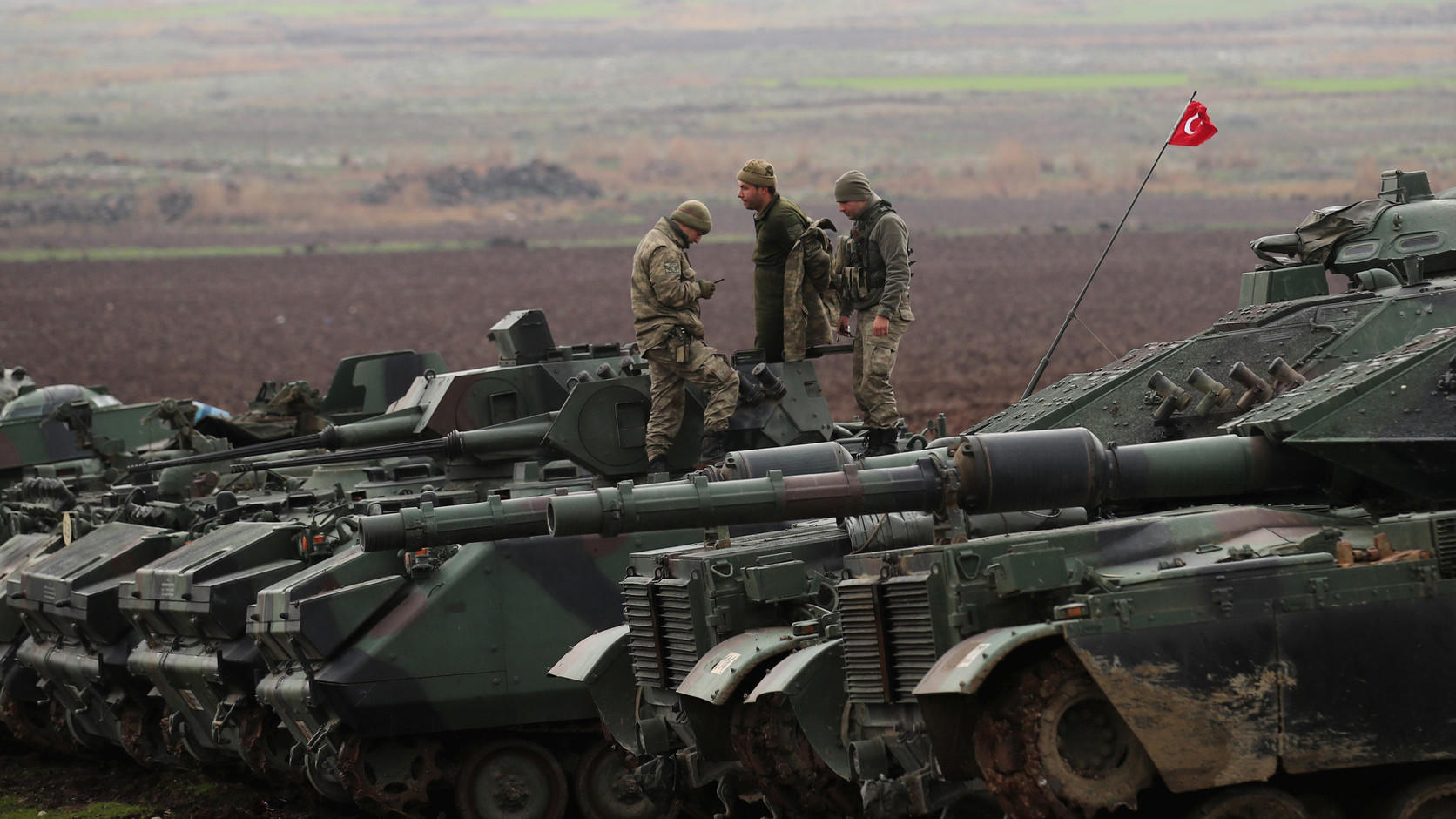 Turkish soldiers and Free Syrian Army (FSA) fighters have liberated the Haruz hill in northern Afrin, Syria from the occupation of PYD/PKK terror group during the ongoing Operation Olive Branch.

The Bulbul town center was secured after the capture of Haruz hill, the sources said, adding the operations against terror targets near the hill were ongoing.

The liberated hill marks the 31st location that has been taken away from terrorists since the beginning of Operation Olive Branch 16 days ago. A town center and 20 villages are among the locations liberated.

According to Turkish General Staff, the operation aims to establish security and stability along Turkish borders and the region as well as to protect the Syrian people from the oppression and cruelty of terrorists.

The operation is being carried out under the framework of Turkey’s rights based on international law, UN Security Council’s decisions, self-defense rights under the UN charter and respect for Syria's territorial integrity, the military said.

The military has also said that only terrorist targets are being destroyed and "utmost care" is being taken to not harm any civilians.

Afrin has been a major hideout for the PYD/PKK since July 2012 when the Assad regime in Syria left the city to the terror group without putting up a fight.