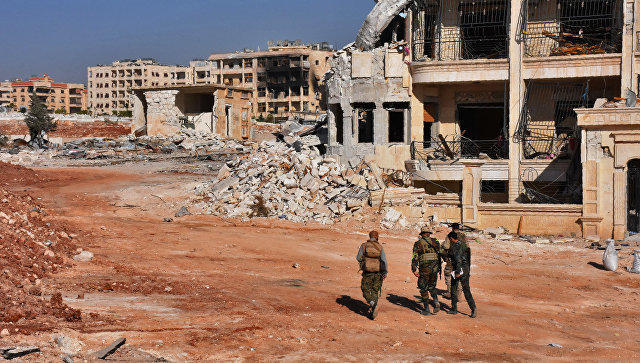 The convoy will form a sixth observation position, in line with an international agreement to establish de-escalation zones in northwestern Syria.

Last Tuesday, the military said terrorists detonated a vehicle while the convoy deployed in Idlib was passing through. The attack killed one civilian and wounded two others.

The deployment in the northwestern region was launched last October under a deal reached with Russia and Iran during the Syrian peace talks in the Kazakh capital Astana.

The establishment of de-escalation zones was agreed to in May between Turkey, which backs moderate opposition groups opposed to Syria's Assad regime, and Russia and Iran, who support the regime.

Meanwhile, Turkish has been carrying out Operation Olive Branch in the region since Jan. 20, aiming to establish security and stability along Turkish borders and the region as well as protect Syrians from terrorist oppression and cruelty.

The operation is being carried out under the framework of Turkey's rights based on international law, U.N. Security Council resolutions, its self-defense rights under the U.N. Charter, and respect for Syria's territorial integrity.