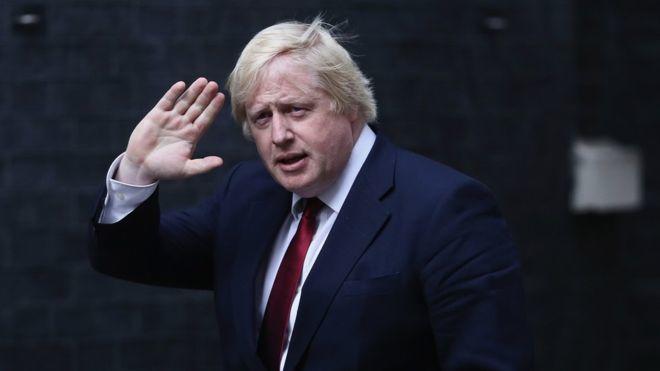 The plight of the Rohingya people is “one of the most shocking humanitarian disasters of our time,” British Foreign Secretary Boris Johnson said on Friday.

Johnson’s remarks came ahead of a 4-day long visit to Bangladesh, Myanmar, and Thailand.

A statement from British Foreign Office said Jonson will meet Bangladeshi Prime Minister Sheikh Hasina and Foreign Minister Hassan Mahmud Ali during his visit to Bangladesh. Johnson will also visit a refugee camp on the Bangladesh-Myanmar border near Cox-Bazaar.

“The plight of the Rohingya and the suffering they have had to endure is one of the most shocking humanitarian disasters of our time,” Johnson said according to the statement.

Johnson “will see first-hand the conditions of the Rohingya who have fled Burma [Myanmar] to refugee camps in Bangladesh and discuss with the Burmese government the steps needed to enable them to return to their homes,” the statement explained the purpose of Johnson’s visit.

“This is a man-made tragedy that could be resolved with the right political will, tolerance, and cooperation from all those involved,” Johnson said.

“I want to see and hear for myself the terrible things these people have been through, and I will be talking to State Counsellor Aung San Suu Kyi and other regional leaders about how we can work together to resolve this appalling crisis,” he added.

The statement said Johnson “will travel on to Bangkok for talks with Thai Prime Minister Prayut Chan-o-cha”. He will also meet the chair of the Advisory Board on the Rakhine Advisory Commission, Surakiart Sathirathai.

More than 650,000 refugees, mostly children, and women have fled Myanmar since Aug. 25, 2017, when Myanmar forces launched a crackdown on the minority Muslim community, according to the UN.

At least 9,000 Rohingya were killed in Rakhine state from Aug. 25 to Sept. 24, according to Doctors Without Borders.

In a report published on Dec. 12, 2017, the global humanitarian organization said the deaths of 71.7 percent or 6,700 Rohingya were caused by violence. They include 730 children below the age of 5.

The UN has documented mass gang rapes, killings -- including of infants and young children -- brutal beatings and disappearances committed by security personnel. In a report, UN investigators said such violations may have constituted crimes against humanity.