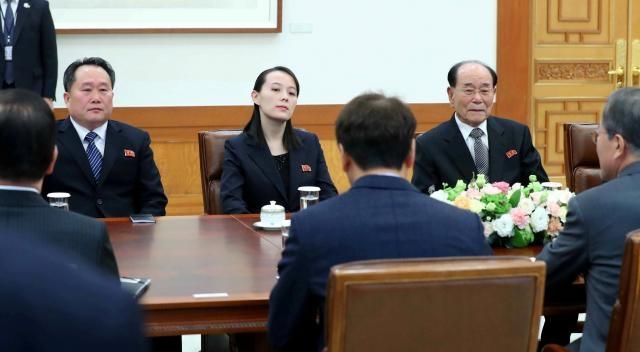 Moon hosted talks and a lunch with Kim Yo Jong, the younger sister of the North Korean leader, at the presidential Blue House in Seoul.

Kim Yo Jong flew in to the South on her brother’s private jet on Friday before she and other North Korean officials attended the opening ceremony of the Winter Olympics in the alpine resort town of Pyeongchang.

Moon and Kim Yo Jong had their first face-to-face encounter at the opening ceremony. They shook hands and cheered for athletes from the two countries who marched under a unified peninsula flag for the first time in a decade.

Kim Yo Jong is the first member of the ruling Kim family bearing the bloodline of the sacred Mount Paektu, a centrepiece of the North’s idolisation and propaganda campaign, to cross the border into the South since the 1950-53 Korean War.

The 28-year-old is a crucial part of the North’s Games delegation led by Kim Yong Nam, North Korea’s nominal head of state.