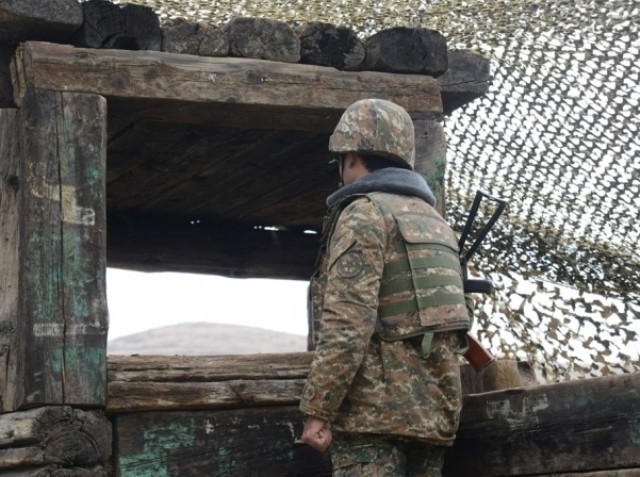 Armenian soldier died on the night of April 14 to 15, on the line of contact between Azerbaijani and Armenian troops, the press of Armenia reports.

According to the information, Armenian soldier Manvel Grigoryan died as a result of a fatal gunshot wound in one of the posts that located in direction of Agdere, Armenian-occupied Nagorno- Karabakh region of Azerbaijan.

The case is being investigated.