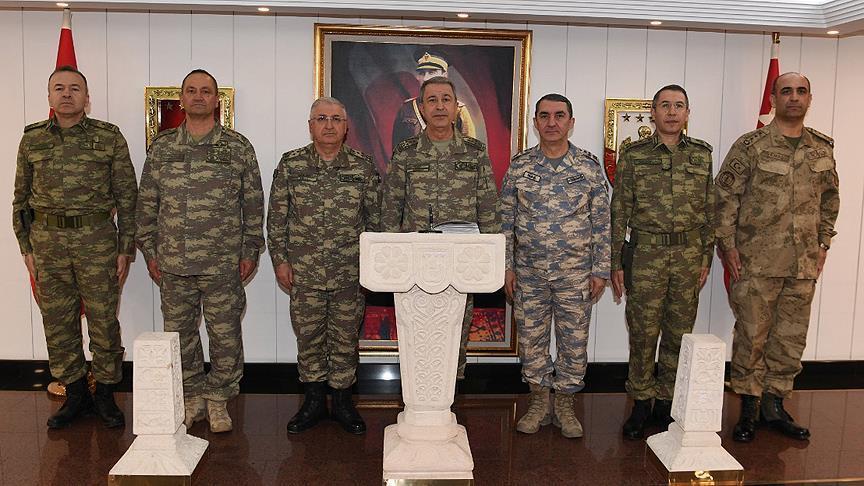 According to a statement by the Turkish General Staff on Sunday, Akar on Saturday paid a visit to eastern Elazig, Tunceli, and Malatya provinces to inspect troops taking part in anti-terror operations.

Speaking during the visit, Akar said the Turkish army had recently dealt a heavy blow to the PKK. "The terror operations will continue nonstop, day and night, in summer and winter," the army chief said.

The PKK -- listed as a terrorist organization by Turkey, the U.S. and the EU -- waged a terror campaign against Turkey for more than 30 years and has been responsible for the death of nearly 40,000 people.

More than 1,200 Turkish security personnel and civilians, including a number of women and children, have been killed since July 2015 alone when the group resumed its armed campaign against the country.