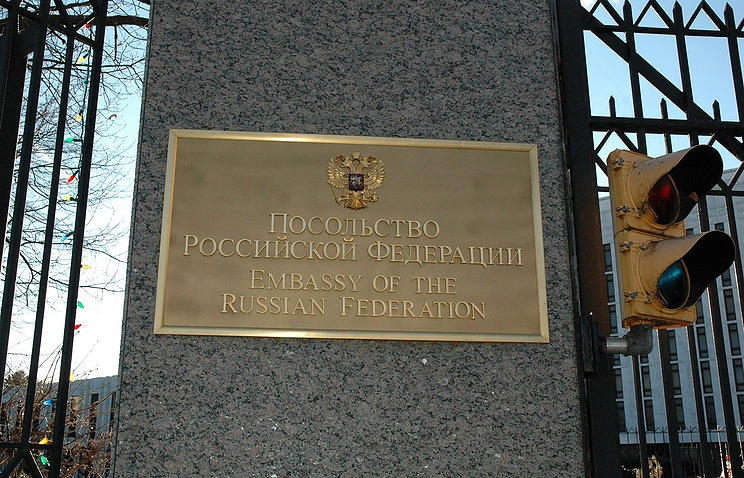 Australian Foreign Minister Julie Bishop confirmed on Monday that two Russian diplomats had left the country after being expelled in connection with Moscow's alleged involvement in the nerve agent attack on ex-spy Sergei Skripal and his daughter in the UK city of Salisbury.

"The staff of the Russian Embassy in Australia who were given seven days to leave, following expulsion, have complied with the deadline and have already left the country," the foreign minister told the SBS News broadcaster.

A spokesperson of the Russian Embassy in Australia refused to comment on this issue to the broadcaster. Last week, Bishop accused the two diplomats of being "undeclared intelligence officers."

Australia earlier decided to expel two Russian diplomats in connection with the incident in the UK city of Salisbury, where Skripal, a double agent who worked for UK intelligence, and his daughter Yulia had been have been in a hospital in critical condition since March 4.

London believes that the Skripals had been exposed to the A234 nerve agent, which UK experts have claimed is related to the Novichok-class nerve agents developed in the Soviet Union.

UK Prime Minister Theresa May has accused Russia of orchestrating the attack and expelled 23 Russian diplomats. More than 25 countries, including the United States and EU member states, have expelled over 150 Russian diplomats in connection with the Salisbury incident so far.

Russia has strongly rejected the accusations and has already adopted a reciprocal measures to each of the countries.