Turkey, Iran, Russia say will work for stability in Syria 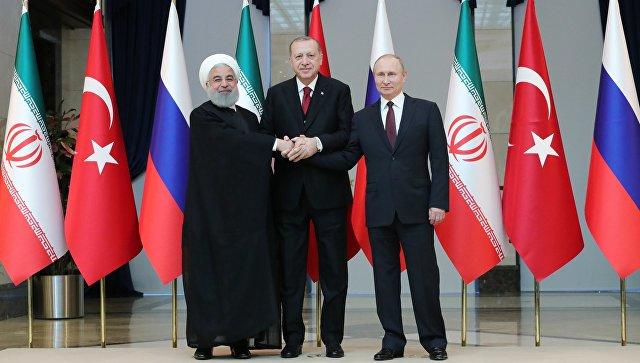 A statement by the three countries after a summit meeting of their leaders in the Turkish capital Ankara said they were determined to “speed up their efforts to ensure calm on the ground” in Syria.

While their decision to work together has done little to reduce violence, in part because of their own military interventions on opposing sides, it underlined their central role just as questions grow over Washington’s presence in Syria.

Turkey, Iran and Russia pledged on Wednesday to accelerate efforts to bring stability to Syria, underlining their joint commitment to the country a day after President Donald Trump raised the prospect of withdrawing U.S. troops.