Bilateral agreements will be signed between Azerbaijan and Iran 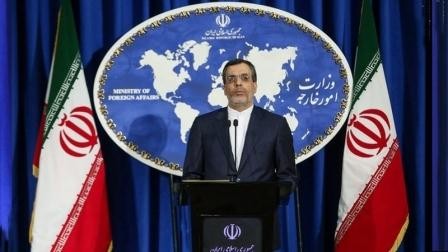 The spokesman said that a number of bilateral agreements are expected to be signed during the Azerbaijani president’s visit to Tehran.

According to him, the exact date and program of the visit will soon be announced.

Ansari noted that Iran’s relations with neighboring countries are based on common historical roots, and these relations and cooperation are continued taking into account mutual interests.

With regard to Iranian Defense Minister Hossein Dehghan’s scheduled visit to Russia, Ansari said relations between Iran and Russia stand at a high level. “Mutual visits of political and military delegations are on the agenda and the two countries decided to develop economic relations,” he added.

The spokesman also spoke about the new steps taken towards the development of tourism in Iran.


“Under the decision passed, citizens of all countries, except for 9 states, will be able to get visas at Iran’s airports,” Ansari said, expressing hope that this [the decision] will boost the tourism sector of the country.

Referring to Iranian-Turkish relations, Ansari said that the joint will of Ankara and Tehran focuses on the development of bilateral relations. “There is also a political will between the two countries to eliminate disagreements on the Syrian crisis and solve some regional issues,” he completed.